I love my Spotify Wrapped, but there’s more to me than a list 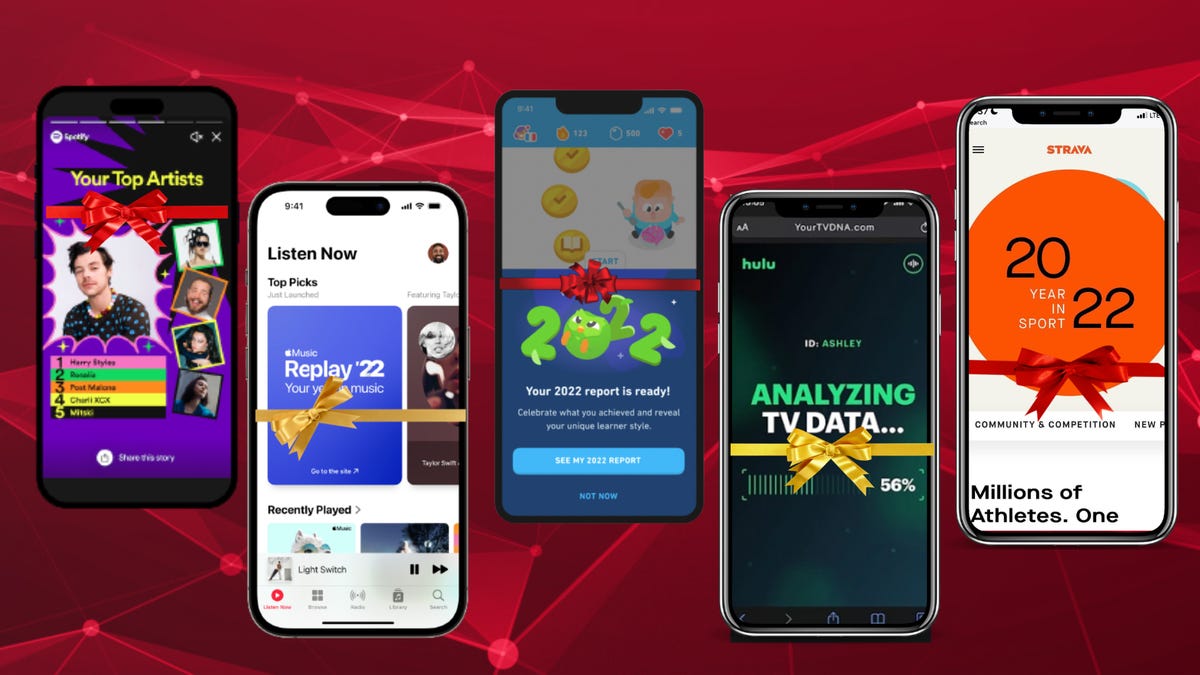 I love my Spotify Wrapped, but there’s more to me than a list

As you tapped through your Instagram stories last week, you were probably bombarded with screenshots of other people’s Spotify Wrapped or Apple Music Replay stats, perhaps even my own – because I am (unapologetically) part of the problem.

Sharing our music interests with others isn’t something new. People have been sharing music tastes forever, from lending vinyl records to burning mixtapes and onto building playlists. The music we listen to is an expression of who we are. By sharing those interests with others, you share an integral part of your identity.

But describing our music taste to others can be challenging because the details are as complex as we are. Most of the time, one genre, artist or album won’t be enough to accurately represent our full listening experience to others – and that’s why end-of-year reports play a vital role.

End-of-year music-streaming recaps – such as Spotify Wrapped, Apple Music Replay, and their less popular cousin, YouTube Music Recap – are able to use data from across the year to produce a report of the exact music that you really listened to.

SEE: Spotify and Apple Music have your 2022 listening stats ready. Here’s how to get yours

Most importantly, these recaps present the data in a way that is aesthetically pleasing and easy to share with others. Through one screenshot of your top five artists or songs, you can show everyone exactly what makes up your music listening cycle in a way that you wouldn’t be able to do with words.

At the core of our desire to share our music taste with others is also a desire to fit in and find a community. When I first started college, someone told me to wear band tees because that was an easy way to find people who shared a common interest.

The same concept applies to sharing your music preferences online with others. People who have similar music interests as you can swipe up on your story and have a quick chat that could be the beginning of a new friendship, or at least a pleasant conversation.

In addition to learning more about others, you can also learn more about yourself. Every song ever created expresses a specific emotion an artist is trying to convey, including heartbreak, love, anxiety, loss, happiness, and more.

“From the oddly specific to the unapologetically predictable, Wrapped encourages listeners to peer into the vibrant kaleidoscope of their listening and show it off to the world,” Spotify told me.

The top songs you listen to represent the events you go through and seeing that information at the end of the year can be really insightful. For example, when I went through a bad breakup, one of my most-played songs that year was my heartbreak anthem. It was really interesting to see that result at the end of the year because, by that point, I was healed. Your report serves as an opportunity for personal reflection.

The ability to understand more about yourself by quantifying you and your habits into tangible numbers is fascinating – and it has people hooked. It is for that reason that end-of-year wrap-ups have expanded far beyond the music industry.

Last year, Hulu rolled out an end-of-year video-streaming recap, which shared your viewing trends while using the service.

Duolingo, the language-learning app, and Strava, the exercise tracker, have also released year-in-review stats to users. For both of these apps, the stats can help users understand how much they have worked towards achieving their self-growth goals during the past year. They can also help them understand what they need to do in the next year to move one step closer to achieving their goals.

Also: Why Hive Social is not a viable Twitter alternative (yet)

And there are more: Snapchat releases a specially packaged ‘year-end story‘, which shows a summary of your Snapchat memories for the entire year. Instagram followed in Snapchat’s steps and last year released an Instagram Playback feature, which also packages users’ stories in a big end-of-year wrap-up.

It’s both nostalgic and insightful seeing your past year’s activity through these recap services.

But for the reports to accurately reflect your life during the past year, the app would have to document every single instance of your activity. So, what about your life beyond the apps?

If you went on a killer run that made you feel great but you forgot to record it in Strava, does that mean the workout just didn’t happen? What about the times you heard a new song drifting on the breeze of a summer afternoon – did that not mean anything? What about that amazing coffee date you went on, where you didn’t take a picture because you were having too much fun and now that moment will never make your highlight reel?

Although wrap-up services can give a big glimpse into our stats for specific activities, the numbers are ultimately limited to what the app is able to track, which is not every aspect of your everyday life.

One solution is to document more of your everyday life, so that the results are actually more reflective. However, this level of detail creates a dependency on documenting your life on some sort of media, which takes away from the joys of the moment.

Another, more practical solution, is to take the results with a grain of salt. This isn’t to say that the reports are meaningless. The reports have value, are a fun way to share passions with friends, and can provide personal insight – just don’t forget they’ll never show 100% of the picture.

ZDNET’s Monday Opener is our opening take on the week in tech, written by members of our editorial team.