Apple names the 16 best apps and games of 2022, with BeReal taking top honors 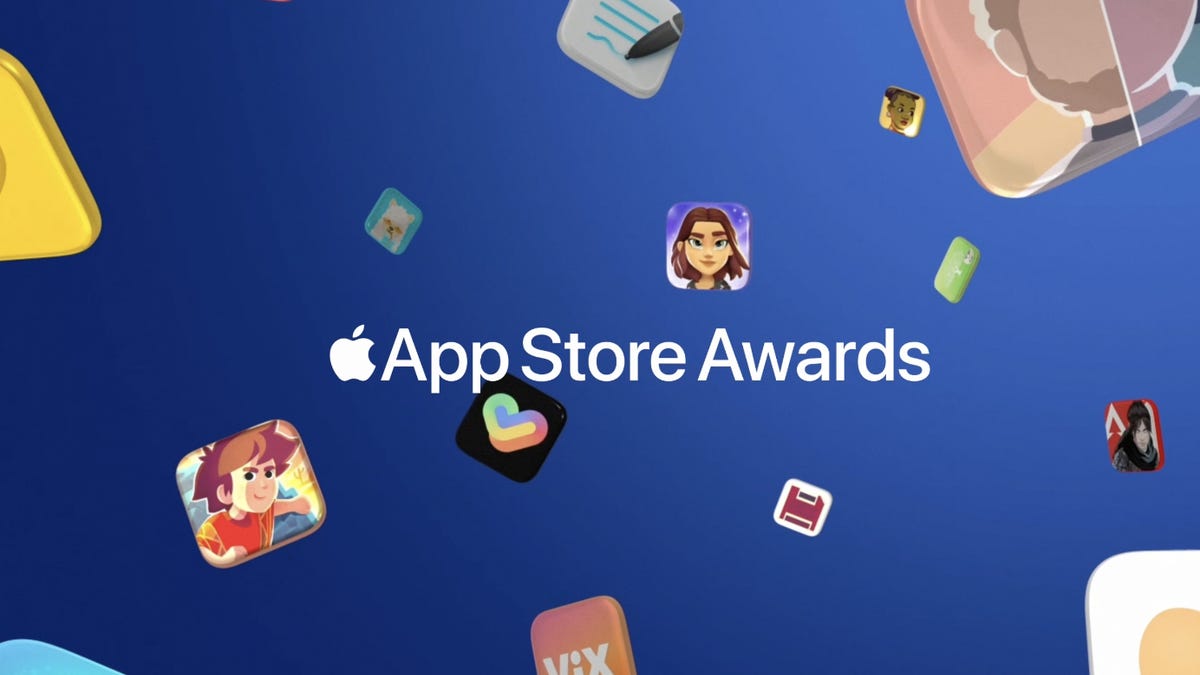 Apple names the 16 best apps and games of 2022, with BeReal taking top honors

As the year comes to a close, we often take a moment to look back and reflect on what made the year stand out. Today, Apple honored 16 of the 3.59 billion apps on its App Store that made their mark across Apple’s ecosystem.

Much like Apple’s own mission, it seems the 2022 honorees seek to redefine everyday practices.

The 16 spotlighted apps range from the popular BeReal, inviting people to embrace spontaneity in a highly calculated social media world, to Gentle Streak, the health app that reminds us that recovery is part of the fitness journey.

Highlighting the intentionality that goes into making these apps, Cook spoke highly of the recognized creators, saying they’re “making a meaningful impact and represent the ways in which apps and games influence our communities and lives.”

Read on for the full list of the 2022 App Store Award Winners.

Also: Don’t know which iPad is right for you? We break it down

iPhone App of the Year

With over 56 million downloads and counting, BeReal took the social media world by storm this year. A social media app that encourages people to ditch calculated poses and captions, BeReal notifies you at a different time each day to post whatever you’re doing at that moment. The app is simple in its mission and interface. Only allowing for two-box images, one with the front camera, and one with the back, there’s no room for photo dumps or eternal photos where you may look a little better.

While the app initially launched in 2020, it took until this year for the app to become not just another social media platform, but a shared moment amongst smartphone users. That said, it comes as no surprise that BeReal took the 2022 title for best iPhone app.

Also: What is BeReal? Everything you need to know about this fast-growing social media app

iPad App of the Year

GoodNotes 5 from Time Base Technology Limited

Pairing with iCloud, GoodNotes 5 syncs your digital notes to all your Apple devices. You can draw a complex heart diagram using your iPad and Apple Pencil and then access the drawing on your Mac if you want to make a text-based guide. GoodNotes 5 leans into the Apple ecosystem and makes it easy to switch between multiple devices while leaving no thought behind or unfinished.

Mac App of the Year

Designed specifically for Mac, MacFamily Tree aims to be the ultimate genealogy tool. Unlike other ancestry platforms, MacFamily Tree is a comprehensive library where you can scan family records, research entries, and even publish your own. With an easy-to-use interface, the interactive tree allows for easy navigation and collaboration, so multiple people can participate. New features also include customizable editing, easy source management, and intentional person grouping.

Plus, it can use machine learning to colorize your old photos.

AppleTV App of the Year

Developed by TelavisaUnivision Interactive, VIX Cine y TV is a free streaming service that specializes in Latinx entertainment. The service offers more than 20,000 hours of on0demand content including movies, soap operas, and other TV programs in Spanish. Everything is grouped by category, making the app easily navigable. While a free streaming service does mean the occasional ad, the app’s friendly interface and “favorite” function for users to keep tabs on their favorite shows seemingly outweigh the slight annoyance.

Apple Watch App of the Year

Redefining what a fitness routine can look like — especially on a smartwatch — Gentler Streak is an exercise and fitness tracker designed for you to be gentler on yourself. The app strives to help you find balance in your fitness journey, acknowledging that rest days are part of the cycle. Equipped with customizable settings, metric charts, and actionable insights, Gentler Streak can prevent over-training while keeping you at an optimal activity level. Employing a friendly interface, the app makes it easy to choose a routine that bends to your lifestyle, not the other way around.

iPhone Game of the Year

Designed to immerse users into the Apex Legends universe, the strategic battle mobile game invites you to participate in rapid combat with your favorite characters. Along with incredible graphics, the app not only allows for but fosters communication. People can connect, collaborate, and compete over their similar love or interest in this game.

iPad Game of the Year

With this game, you literally have to think outside of the box. Moncage, the ultimate visual puzzle takes place from just a cube. Each side of the cube contains seemingly unrelated worlds that somehow you have to put together. With Moncage, you can unlock your imagination and medals to prove your puzzle-solving skills.

Mac Game of the Year

Incorporating a card game and an escape room, Inscryption maybe truly be a one-of-a-kind game. With cards containing dark secrets players have to solve, this game promises to keep your puzzle-solving skills and mind sharp. Rethinking how an escape room can work, this Mac game has players hooked.

Apple TV Game of the Year

Makes sense that the TV game of the year would revolve around a character. In this case, players follow a six-year-old, “El Hijo,” as he overcomes obstacles, strategizes to face his enemies, and gains self-confidence. El Hijo invites players to explore the Wild West with the young boy while they solve puzzles, explore abandoned towns, and use other playful tactics to further the journey. Overall, this non-violent game fosters growth and the importance of determination.

Apple Arcade Game of the Year

Wylde flowers is a storytelling sim that combines creation, narrative, and exploration. By playing as Tara, players can transform the Wylde family farm into a flourishing garden, and even turn what they grow into “food” with hundreds of available recipes.

China Game of the Year

Opening the beta version in July 2022, the mobile management game finally features players from the 2022 Spring Season along with players from previous seasons, too.

In addition to the above, Apple also recognized five apps that it felt “made a lasting impact on people’s lives and influenced culture.” Keeping in theme, the following apps invite users to reimagine connections with themselves and others.

How we Feel from How We Feel Project, Inc.

An emotional journal and feelings log, How We Feel encourages users to take a moment to actually take note of what they’re feeling instead of acting on it. Whether people want to find the right word for how they feel, track what a good day feels like, or just thought dump, How We Feel was engineered so people can look at patterns over time so they can make changes or the better.

Review: I slept with a meditation headband. Here’s why you should, too

Marrying interactive storytelling, history, and education on race relations, Dot’s Home is a video game that offers a young Black woman’s perspective as players travel with her through time. This game offers players a chance to learn about systemic housing issues and communities of color in a truly empathetic way.

Locket widget creates a new space for live photos — right on your Home Screen. Now, every time you unlock your phone, you can see a friendly face that isn’t frozen in time. If BeReal is too much of a commitment for you, this may be a good alternative to stay present with friends without needing a notification.

This app not only keeps you accountable for drinking water — but makes it cute. By using adorable characters, such as its signature llama, to set drinking reminders, you can be more hydrated and more motivated to stay that way. Along with logging your water intake, Waterllama also sets fun, healthy challenges for you to partake in throughout your day.

Inua – A story in Ice and Time from ARTE Experience

Inua embraces the power of storytelling to navigate the Arctic in the 19th century. By following a young reporter players will go through a historically fictionalized journey that is both educational and engaging.

From Twitter Bootstrap to VP of Engineering at Patreon, a chat with Utkarsh Srivastava (Ep. 509)